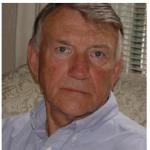 Dolbeare (affectionately known as “Doc”), was born March 11, 1933 in Barry, Illinois. He had great love for family and a sense of duty, so he chose to remain near his hometown of Utica, Indiana, while he attended his first years of college, so he could provide support for his parents, Raymond Victor Dolbeare and Lucille Penn Dolbeare (both deceased). Also nearby were his older brother Victor Eugene Dolbeare and twin brother Fred Donald Dolbeare (both deceased).

Though he originally set his course to go into the ministry, which included working for Rev. Billy Graham and as a pastor at a student ministry, his brilliance and passion for discovery truly shone through in biochemistry, which culminated in a Nobel Prize nomination for his work in flow cytometry. He was highly respected as a biochemist around the globe.

He began his career in biochemical research at Indiana University, where he earned his bachelor’s degree before moving on to the University of Louisville, where he earned his Ph.D. He was head of the Chemistry Department at Kentucky Southern College in Louisville when he met his first wife, Lura Chaney Gorman (deceased). They moved to Boston where he began his postdoctoral work at Brandeis University. In 1966 they moved to Chicago, where he worked at Northwestern University until being offered a position at Eli Lily in Indianapolis.

It was in Indianapolis in 1974 where he met Linda, his wife of 46 years. He followed a job offer to Livermore where he worked for the biomedical research division at Lawrence Livermore National Laboratory until his retirement in 1995.

In addition to his wife, Linda Dolbeare, he is survived by many loved ones with treasured memories and great stories to tell about him, including his children, Hilary, Victoria, Jennifer, and Alexander, his 5 stepchildren, 6 grandchildren, 5 step-grandchildren.