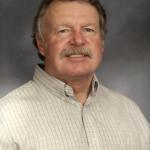 Lewis was born in Miami, Oklahoma, to Orville and Billie Lewis. He moved to Livermore in 1960 and graduated from Livermore High School in 1967. While in high school, he met the love of his life, Carla Viale, whom he married in the summer of 1967. They had one son, who later gave them three grandchildren, Danielle, Ashley, and Taite.

Lewis started a career in construction working for Roy Jenson and became a journeyman carpenter. He and Carla purchased a lot in south Livermore, and by the age of 28, he had built their dream home. He then transitioned to a long career at Lawrence Livermore National Laboratory, where he became a senior superintendent.

In addition to his wife, son, and grandchildren, he is survived by his sister, Sibyl Lewis, and brother, Chuck Lewis.

A celebration of life will take place at a later date. In lieu of flowers, the family requests that donations be made in Lewis’s name to the ALS Golden West Chapter in Agoura Hills, California.