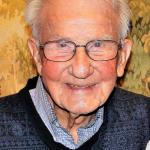 Platt was born in Decatur, Illinois. While completing three years at the University of Illinois, he worked for the Illinois State Geological Survey. He enlisted in the U.S. Army in March 1941. He was assigned to the Coast Artillery and spent 15 months in Peru training the Peruvian Marines on proper firing of their coastal guns guarding their oil fields. He was redirected to Officers' Candidate School where he received his commission. He earned his wings as a paratrooper at Fort Benning, Georgia. After the atomic bomb was dropped, he was sent to Japan on the first day of the occupation. He became Unit Commander overseeing the removal and disposition of Japanese explosives.

In 1947, he resumed his college academics at University of California, Berkeley. In 1949 he married Elisabeth Frazier and in 1951 received his bachelor of science in mechanical engineering. He was a member of Tau Beta Pi and Phi Beta Kappa. Upon graduation he was called back to active service for the Korean War as a combat infantryman.

Platt’s career at Livermore Lawrence National Laboratory began in 1952. For the next 10 years, he participated in all of the nuclear tests in the Pacific and in Nevada. In 1958, he received his master’s degree in nuclear engineering from UC Berkeley. He spent several years on a ramjet reactor before joining Z-Division where he worked for 10 years. He was engineer-at-large in the engineering sciences division and the research engineering division. He retired in 1984 after 32 years.

Classical music formed an important part of his life. He was charter president of the Livermore Symphony where he played clarinet and served as manager for 20 years. He also founded the Livermore Woodwind Quintet.

He is survived by his wife of 44 years, Marguerite; sons, Spencer (Margot) and George (Annalisa); and daughter, Emily Rich (Rob). He is also survived by stepsons, Larry Robertson and Scott Robertson (Terry); and stepdaughter, Susan Thomas (David).

Interment was at the San Joaquin Valley National Cemetery. A gathering of family and friends will be at a later date.