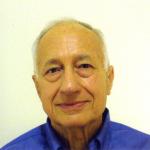 Behrin was born in May 1934 in Budapest Hungary. He emigrated to the U.S. in 1937 with his mother, entering through Ellis Island, and then living with relatives in various cities, eventually settling in Youngstown Ohio. In 1952 after graduating from high school, he joined the U.S. Navy. He was trained as an electronics technician. Following his discharge from active duty, he used the GI bill to attend Ohio State University and Case Institute of Technology, where he graduated with a bachelor of science in electrical engineering with honors. While attending Ohio State University, he married Dorothy Chestler, and, after graduation, the two of them moved to Livermore. He began his career at Lawrence Livermore National Laboratory, initially as an electronics engineer, later becoming a group leader, and finally a project manager. He retired in 1991 but kept busy as a part time consultant until 2006.

Behrin is survived by his wife Dorothy, of Livermore, and their two children, David and Michael, their spouses Beth and Alysa, and two grandchildren Sawyer and Bronte.