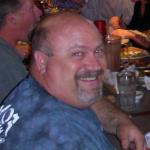 Updike was born in Yakima, Washington on May 3, 1955, and moved to California with his family in 1956. He graduated from La Sierra High School in Carmichael in 1973. He enlisted in the U.S. Air Force, where he obtained his education in nondestructive evaluation and testing. He remained in the Air Force for 12 years, obtaining the rank of technical sergeant.

In 1985 Updike came to Lawrence Livermore National Laboratory as a radiographer in the nondestructive evaluation group.  He spent his entire Lab career in the group until his retirement in 2015. In 2011, he was certified to Level III, the highest-level of certification, in radiography by the American Society for Nondestructive Testing (ASNT), the largest and most respected certification body in the world. A longtime resident of Tracy, he had recently moved to Omak, Washington to be near close friends. His greatest pleasure was riding his Harley Davidson motorcycle across the country.

He was preceded in death by his parents; Leo and Ella Updike. He is survived by his brother Harold Updike; sister Beverly Summitt; daughters Narcie Updike and Melissa Siverling; and her two children Isaiah and Amaya.

A memorial will be held in Omak, Washington for his friends there before returning his remains to Tracy for a memorial service for friends and relatives is the area.