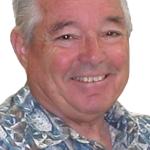 Emig was born May 23, 1934, in Oahu, Hawaii to John and Marie Emig. His family moved to Oakland, California in 1946. He went to Oakland High school then attended San Francisco State College. He served his country in the U.S. Air Force during the Korean war and spent four years traveling around the world working as a jet engine mechanic. He was hired as a mechanical technician in 1958 at Lawrence Livermore National Laboratory. His career included participating in many nuclear tests and experiments which meant extensive travel to many places including Johnson Atoll in the Marshall Islands, Barking Sands Missile Base in Kauai, Hawaii, and the Nevada Test Site. He retired in 1988 as a senior superintendent in mechanical engineering and returned for a few years as a part-time contract employee writing procedures for the engineering directorate.

There will be a private funeral service. In lieu of flowers, donations can be made to the Shriners at http://www.aahmes.org/. A web page is available to add your special stories and photos of Emig at https://obituaries.neptunesociety.com/obituaries/tempe-az/donald-emig-10658382/amp