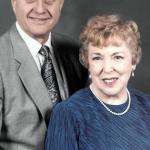 She retired after teaching 15 years for Lawrence Livermore National Laboratory where she authored texts and workbooks, including grammar review for technical writers and usage review for engineers. Her specialty was making grammar enjoyable and understandable via schematics and Venn diagrams for engineers at the Laboratory. She was also the author of numerous articles on technical editing and English usage. She presented papers at the annual meetings of the Society of Technical Communication. For several years she taught the grammar sections in summer classes at MIT in Boston and the University of Washington in Seattle.