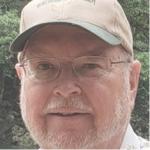 Warwas was born in Buffalo, Minnesota. He was a Navy veteran, an avid Minnesota Vikings fan, and a nuclear trained electronics technician (ETN2) who proudly served his country on the USS Enterprise (CVN-65) during the Vietnam era. In 1978, he started his career at the Lawrence Livermore National Laboratory where he supported large-scale engineering efforts that included Mirror Fusion Test Facility of the Magnetic Fusion Energy Program, the Site 300 Advanced Test Accelerator, and the National Ignition Facility. For 35 years, he worked in engineering where his technical expertise, leadership skills, and people skills were instrumental to the success of lab missions. As a senior supervisor, he was responsible for technical teams that supported multiple LLNL directorates and programs.

He was preceded in death by his mother Iva Warwas, father James Warwas, and brother Dan Warwas. He is survived by his wife Ruth Warwas, sister Terri Kielas, brother Jeff Warwas, and many nieces and nephews.

A memorial service was held at the VFW Veterans Center in Manteca on June 19.