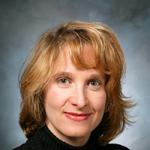 Gardner was born in 1924 to John and Caroline Gardner in Fort Smith, Ark. He studied at Phillips Andover Academy and Harvard, where he earned a bahelor's degree in physics in 1944. From 1944 to 1946, he served in the United States Army Reserve and in 1953 he earned a Ph.D. from New York University.

Gardner worked at NASA in Langley Field, the Courant Institute of Mathematical Sciences of NYU, Lawrence Livermore National Laboratory and the Princeton Plasma Physics Laboratory. He was a mathematics professor at the University of Texas at Austin from 1967 to 1990, when he retired as professor emeritus. In 1985, he won the Norbert Wiener Prize for his contributions to supersonic aerodynamics and plasma physics. In 2006, he received the Leroy P. Steele Prize for his work on the inverse scattering transformation method for the solution of nonlinear differential equations.

Gardner is predeceased by his wife, Marilyn Rose Gardner; his parents, John and Caroline Gardner; siblings, John Gardner, Lucille Wolff and Jane Gardner. He is survived by his nieces, Sara Jones of California, Virginia Wolff of New York and Caroline Wolff of Great Britain. His strength of will and sense of humor will long be appreciated by those who had the honor to know him.

Viewing to be held at Austin-Peel and Son Funeral Home on Friday, Oct. 4, from 5 to 7 p.m. at 607 East Anderson Lane, Austin, Texas. A graveside service will be held at 1 p.m. Saturday, Oct. 5, at Austin Memorial Gardens.