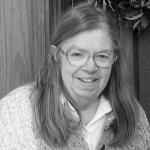 Haendler was born Nov. 22, 1948 to Helmut and Mildred Haendler of Lee, New Hampshire. She received her bachelor of arts in chemistry from Goucher College in 1969 and her Ph.D. in chemistry from Johns Hopkins University in 1975.  She taught chemistry at Lafayette College in Easton, Pennsylvania until 1981 when she moved to California and worked as a research chemist at The Clorox Corporation. In 1986 she joined Lawrence Livermore Laboratory, initially working in the laser program and then later with the hazardous waste group.  In 1990 she was the first woman to chair the Chemistry at Interfaces Gordon Conference.  She also occasionally taught chemistry at the local Livermore community college as well as English with the READ Program at the Livermore Public Library. She retired in 2002.

She is survived by her partner of more the 40 years, Robert Cook, her brother Steve Haendler and wife Debbie, Lee, New Hampshire and nieces and nephews.

A celebration of her life will be planned for later in the year.