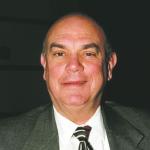 His career accomplishments were many with a focus primarily in the areas of solid-state electronic devices, lasers and optical systems for ground and space-based applications. Some highlights include leading the group that invented the first tunable, continuous wave dye laser while at Eastman Kodak. This laser went on to be used as an instrumental piece of equipment in the research for several Nobel prize winners. While he worked at Lawrence Livermore National Laboratory, he established the laser isotope separation program and led the group which demonstrated the first laser isotope separation process capable of scaling to commercial size.
Snavely retired for the first time in 1991 from Eastman Kodak and went on to work as a program director at the National Science Foundation in Washington, DC. While at the NSF he was honored to be the Agency Representative (NSF) to the White House Office of Science and Technology Policy in the Executive Office of the President. He retired for the second time, from the NSF in 1999. He truly loved his career and was able to keep involved in the field of physics for another 14 years as the corporate secretary at the American Institute of Physics in College Park, Maryland and retired for the third and final time in 2014.

Snavely is survived by his loving wife of 61 years, Sabine Snavely. His daughter: Judith S. Arman (Alexander) of Washington, DC; a son: Eric B. Snavely (Emily) of Rochester, New York and a grandson, John Benjamin Snavely.

Donations in his memory may be made to the AIP Foundation's Center for History of Physics Annual Fund. https://foundation.aip.org/

A memorial service will be held in the spring of 2023.