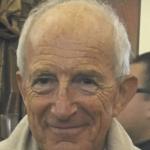 Andrew Hazi died Dec. 4 after a three year battle with cancer. He was 77.

Hazi was born in Budapest, Hungary and came to United States on July 4, 1958. Upon graduation from high school in New York, he was granted a full science scholarship to University of California, Los Angeles (UCLA). Hazi graduated UCLA with top honors in 1964 with a degree in physical chemistry and went on to get his Ph.D. in chemical physics at University of Chicago in 1967. After getting his doctorate, he moved back to California as a postdoc at the University of Southern California. He was an assistant professor of chemistry at UCLA from 1967-1973.

Hazi taught at UCLA and Cal Poly San Luis Obispo, and later became a senior fellow at Lawrence Livermore National Laboratory (LLNL). He worked at LLNL for 40 years, including many years after his retirement. He was instrumental in the development of the Titan laser among many other scientific accomplishments. After retiring he, worked for the Lab as a subcontractor. He was admired and beloved by his colleagues. He was a passionate scientist. Many scientific discussions were fought with a great deal of passion.

Hazi is survived by his wife of 54 years, Lyndon Hazi, of Santa Maria. He also is survived by his daughters and son-in-laws Rosanne and A.J. Cisney, Melody and Dylan Andrews; brother and sister-in-law Steve and Chris Hazy; three grandchildren Jonah Davila, Claire Cisney and Brooklyn Cisney; and beloved nieces and nephews.

A private family graveside service was held Dec. 8, 2018. Condolences and memories can be emailed to the family via RosanneCisney [at] gmail.com.