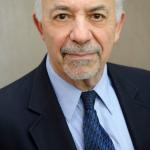 Glass was born Jan. 4, 1933 and grew up on a farm in Pittsfield Township outside of Oneonta, New York. After his Milford High School math teacher nominated him, he won a full academic scholarship to attend the college of his choice in New York. He selected Rensselaer Polytechnic Institute in Troy, from which he graduated in 1954 with a bachelor’s degree in physics. He then attended Yale University, where he received a master’s degree in physics. He served as a captain in the U.S. Army based at Aberdeen Proving Ground near Baltimore. He completed his formal education in 1963, when he received his doctorate in physics from Yale.

In his diverse career, he held numerous leadership positions in academia, scientific research, and the non-profit world. He embarked on his professional journey at the Institute of Defense Analyses in Washington, D.C., then accepted the chairmanship of the electrical engineering department at Wayne State University in Detroit. In 1973, Glass began his long association with the University of California when he was appointed to the team of laser fusion experts working on the Shiva Project at Lawrence Livermore Laboratory, where he was later named assistant director of the laser program, assistant director of magnetic fusion and beam research and associate director for programs. In 1981, he began his six-year tenure as president of KMS Fusion in Ann Arbor, Michigan. Upon returning to California in 1987, he led the Bay Area Regional Technology Alliance. Prior to his retirement, he served as chief operating officer at KineMed, Inc., a biomedical diagnostics firm in Emeryville.

Glass was predeceased by his parents, Lawrence and Anna Glass; his sister Pauline Bodden; and his daughter Jennifer. He is survived by his wife, four of his children, his grandchildren, his sister Naomi Glass of Washington, D.C., and many nieces and nephews.

A celebration of life will be held on Sat., Nov. 2 at 3 p.m. at the Claremont Club in Berkeley (214 Hillcrest Road). Please RSVP by Oct. 30 to judithaglass [at] gmail.com.

Donations to honor Glass’ life and legacy may be made to: