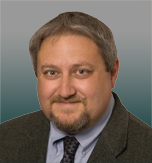 As Lab director he shares the responsibility, along with the directors of Los Alamos and Sandia national laboratories, of providing the president, through the Secretaries of Energy and Defense, an annual institutional assessment of the state of the nuclear weapons stockpile in terms of safety, security and effectiveness, and whether confidence in the stockpile can be maintained without a nuclear test.

Goldstein has more than 29 years' experience at the Laboratory, serving in a variety of managerial roles. Prior to his appointment of director he was the deputy director for Science & Technology, tasked with leading the strategic deployment of the Laboratory's science and technology capabilities, taking line responsibility for the institutional roadmap portfolio, including the Laboratory Directed Research and Development Program, collaborative research with academia and private industry, and institutional planning activities. Prior to his appointment as deputy director, Goldstein served as associate director of Physical & Life Sciences, where he had responsibility for a broad range of physics research and development; medical physics and biophysics; chemistry; optical sciences and instrumentation; and high-energy-density physics.

He has been a strong contributor to stockpile stewardship by generating data that underlies advanced codes and simulations. Goldstein led the creation of the Jupiter Laser Facility and, in 2006, oversaw completion of Titan, a unique new Jupiter Laser Facility capability. Goldstein was a postdoctoral research associate, Theoretical Physics Group, at Stanford Linear Accelerator Center. He received his doctorate in theoretical physics from Columbia University in New York, and a bachelor's degree in physics from Swarthmore College in Pennsylvania. He is a member of the American Physical Society and on the board of directors of the National Science Foundation Center for Biophotonics Science and Technology at UC Davis. He has received numerous awards and has authored or co-authored more than 70 papers in the fields of elementary particle theory, nuclear physics, atomic physics, X-ray physics and plasma spectroscopy.